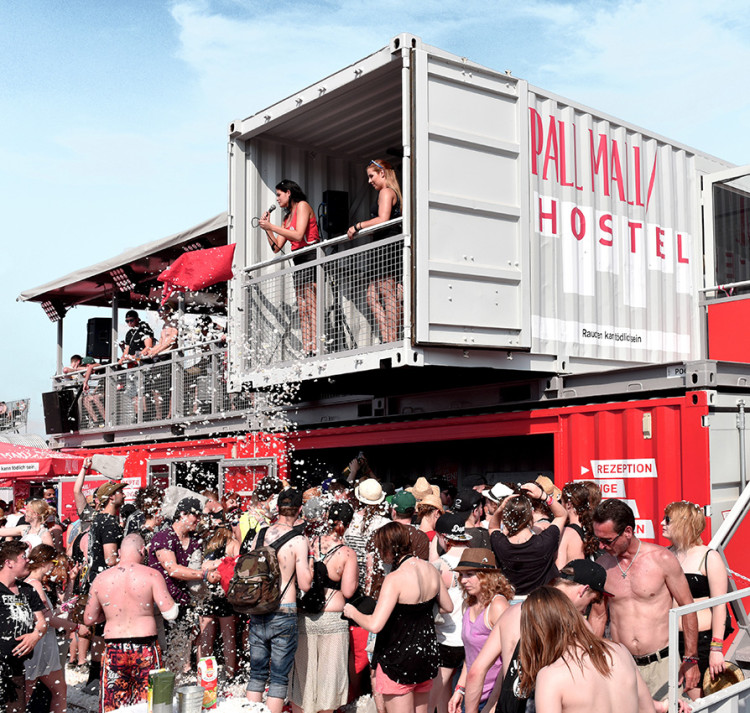 -> HERE’S THE LINK TO THE OFFER

The Event/Container construction “Rock im Park” was reworked for the new festival season. The rooftop terrace got a roof in order to allow guests to continue the festivities despite the ever-increasing summer showers.

On the ground floor, a chill out area was created with an air-conditioned lounge with WiFi and coffee bar. Pall Mall’s presence at the festival was this year yet again a big success, thanks also to the entertainment program organised by Fleck Promotion.

Six cut out and modified 20ft containers constitute the ground floor. On top of it are six original steel platforms that serve both as the terrace as well as the bearing area for the 40 to 30ft containers protruding to the sides.

On the ground floor is an intimate club area with professional sound and light system, as well as the reception, which is enclosed in separate usable 20ft container.

Alike to the Pall Mall Hostel concept, this building also disposes of a large lounge area with bar, in this case on the second floor.