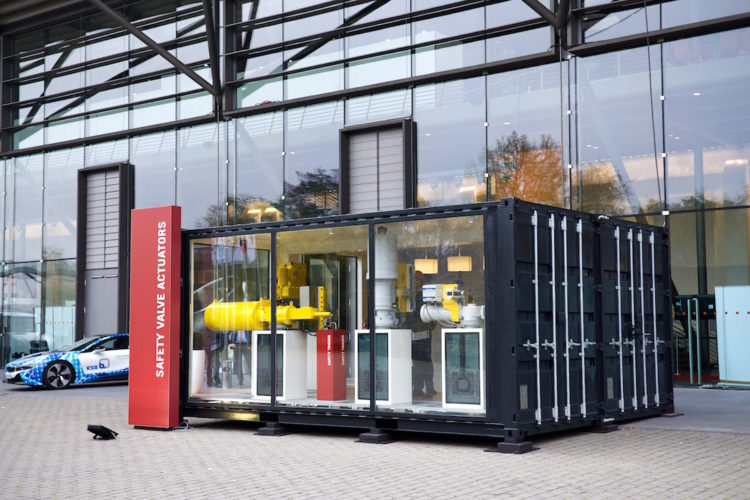 This container booth was used by Hoerbiger Holding AG to present its products at the DIAM (German Trade Fair for Industrial Fittings) 2017. The exhibition container was placed well visible at the entrance to the fair outdoors and generally accessible to the public.

The trade fair appearance of Hoerbiger Holding AG was conceived on behalf of the Graustich agency.