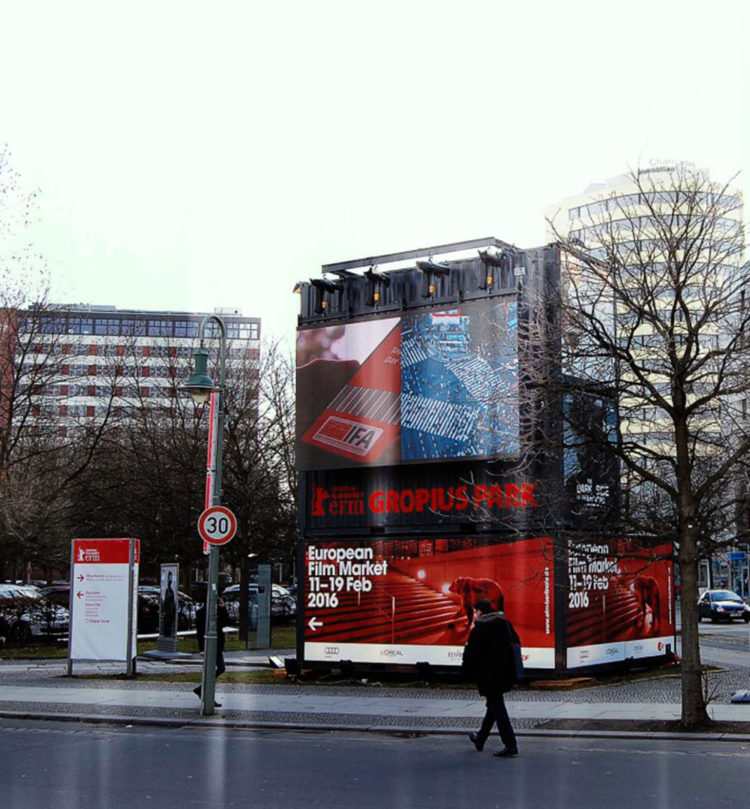 Commissioned for the European Film Festival, Berlinale. A tower with advertising space and large LED screens.

During the day and at night, besides general information about the festival, the tower also presented film previews.

On the ground floor, there was an additional information stand / meeting room to enable personal client contacts.

The tower was erected in Berlin’s city center, near Martin Gropius Bau and was an important advertising medium for the festival.